Federal truck weight reform legislation that would give each state the flexibility to raise interstate weight limits has been reintroduced in the U.S. Senate.The Safe and Efficient Transportation Act (S. 747) is sponsored by Sens. Mike Crapo (R-Idaho), Herb Kohl (D-Wis.), Susan Collins (R-Maine) and Rob Portman (R-Ohio).Like identical companion legislation pending in the House of Representatives, SETA would give each state the option to raise interstate weight limits selectively from 80,000 pounds to up to 97,000 pounds. The higher limit applies only to vehicles equipped with six axles instead of the typical five. The additional axle would not affect truck size, but would allow shippers to use extra cargo space. 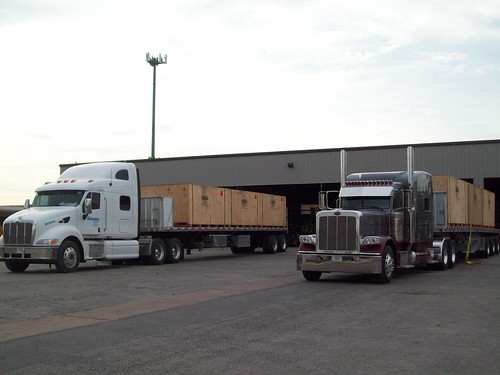 “SETA is a narrowly drawn bill that enables companies to move a given amount of product in fewer vehicles without adding more weight per tire or increasing stopping distances,” said John Runyan, executive director for the Coalition for Transportation Productivity, a group of more than 180 shippers and allied associations backing the legislation.The American Trucking Associations previously has estimated that the trucking industry will haul 30 percent more tonnage in 2021 than it does today. If current weight restrictions remain the same, ATA estimated the U.S. economy will require 18 percent more trucks on the road driving 27 percent more miles than they do now. Runyan said SETA would help correct this imbalance by allowing shippers to reduce truckloads, fuel, emissions and vehicle miles traveled for each ton of freight shipped.